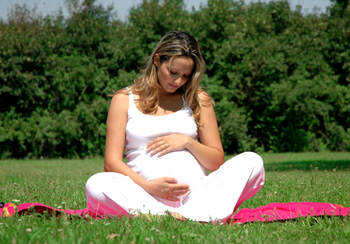 For the health and development of their baby, it is absolutely critical that pregnant surrogates remain healthy, and an important part of that is to maintain a healthy diet.

But it’s not enough simply to know the best foods to eat during your pregnancy as a surrogate mother – some foods need to be avoided, too.

1. Completely avoid alcohol, which has been linked to premature delivery, mental retardation, birth defects and low birth-weight babies. Once you have been positively checked for pregnancy, avoid alcohol intake at all times.

2. Limit caffeine to no more than 300 mg per day. This amounts to about two eight-ounce cups of coffee (150 mg each), while a 12-ounce glass of caffeinated soda contains anywhere from 30 to 60 mg of caffeine. Don’t forget that chocolate contains caffeine – the amount in a typical chocolate bar is equal to about a ¼-cup of coffee.

3. The use of saccharin is strongly discouraged during pregnancy because it can cross the placenta and may remain in fetal tissues. But other non-nutritive, or artificial, sweeteners approved by the FDA are acceptable during pregnancy. These include aspartame (Equal or NutraSweet), acesulfame-K (Sunett), and sucralose (Splenda). These sweeteners are considered safe in moderation, so talk with your doctor about how much sweetener is acceptable during your pregnancy.

4. Fat intake should be limited – your daily intake should be decreased to no more than 30% of your total daily calories. For a woman eating 2,000 calories a day, this would be at most 65 grams of fat.

5. Cholesterol intake should be limited during pregnancy, to 300 mg or less per day. Research shows that excessive cholesterol levels in pregnant women can lead to premature births.

6. Mercury should be avoided while pregnant – avoid shark, swordfish, king mackerel or tilefish (aka white snapper), because they contain high levels of mercury. The small doses of mercury found on these fish can be toxic for your fetus, and may cause serious health problems.

8. Avoid raw fish, especially shellfish like oysters, mussels, scallops and clams. Raw fish, including sushi and sashimi, and undercooked fin fish are more likely to contain parasites or bacteria than cooked fish. Parasites and bacteria are also very dangerous for the health of the baby.

9. Don’t eat raw or undercooked eggs and avoid foods that contain them, such as homemade mayonnaise. Make sure that any eggs you eat are thoroughly cooked, until the whites and yolks are solid. This prevents the risk of salmonella.

10. Don’t drink raw or unpasteurized milk, including unpasteurized goat’s or sheep’s milk. Avoid eating foods made from them, such as soft goat’s cheese. If only raw or green-top milk are available, you need to boil it first before drinking.